You are here: Home1 / About Libya2 / Sights in Libya3 / Apollonia 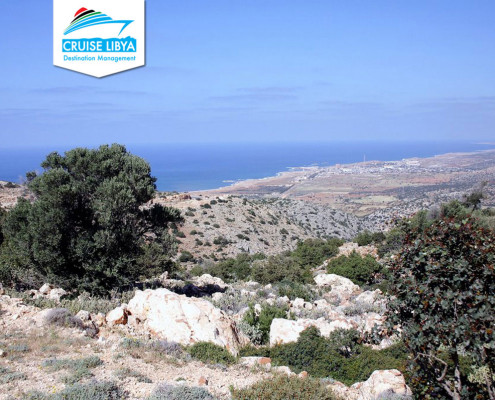 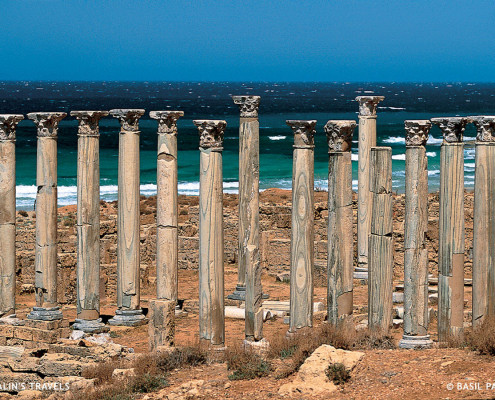 Apollonia served as the port of Cyrene, 20 km to the southwest and it was founded by Greek colonists. Throughout the years it became a significant commercial centre in the Mediterranean. The area consist of a beach cut by rugged rocks, inlands there are hills all giving Apollonia a very nice setting. The Theatre is sited in a particularly picturesque location by the sea. Other buildings include the Eastern, Central, Western Basilicas , Byzantine Palace, and Roman baths. The ancient harbour, now underwater, lay out of the North. Visible offshore Hammam Island was before the earthquake connected to the mainland and home to a lighthouse. Overall its one of the top five ancient cities in Libya, with a wealth roman, Greek and Byzantine buildings. It gives an unmistakeable sense of walking amid the accumulating splendour of the great civilisatio0n of the ancient world.