You are here: Home1 / About Libya2 / Sights in Libya3 / Ghadames 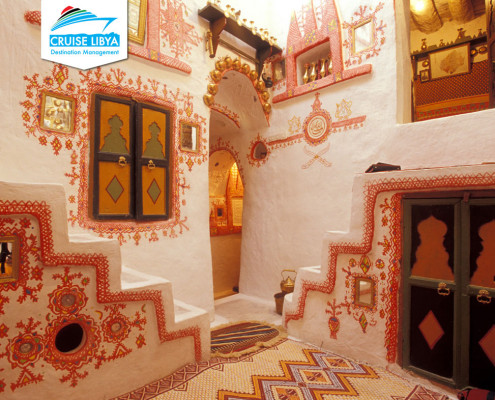 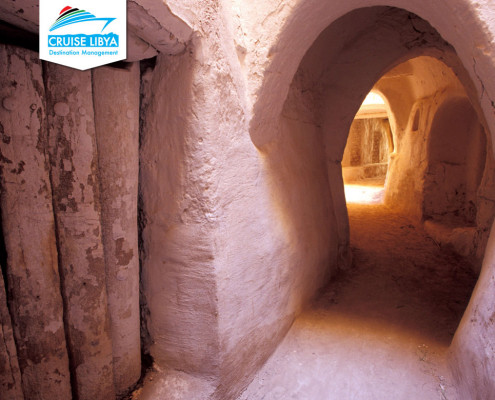 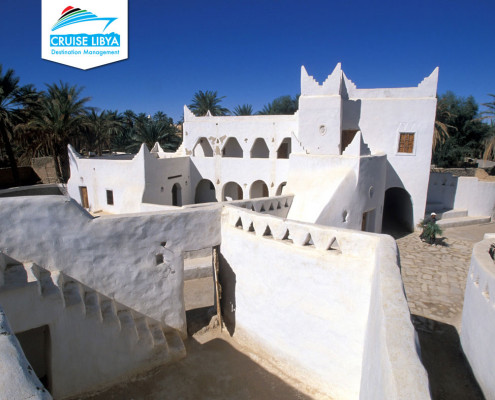 Described as the Pearl of the Desert, Ghadames is an attractive oasis town on the edge of the Sahara near the border with Algeria. Many visitor point out that they never seen something quite like this amazing old town. It’s one of the best preserved Berber towns in Libya and has been placed under UNESCO protection.

Ghadames is a tranquil old city with covered white streets that are both dark and quite cool even during summer. Ghadames represents popular engineering and is the result of a complex knowledge on how to deal with extreme temperatures. The arrangement of the traditional houses is far from casual. Every angle, every wall, every opening in the roofs over the alleyways are parts of the same organism.
Even if Ghadames still stands the people were moved out of it from 1984 until 1986 into the modern settlement nearby. But locals return to their old homes when summer becomes unbearable. The settlement at Ghadames goes back at least 5000 years. Before that time, Sahara was greener, allowing different settlement patterns. The first historical information we have is from 19 BC when the Romans occupied it and named it Cydamus and turned it into a regional centre that provided the coastal cities with olive oil. The present old town is probably 800 years old.From the 18th century until 1874 Ghadames was an independent state thriving from trans-Saharan trade.