You are here: Home1 / About Libya2 / Sights in Libya3 / Sabratha 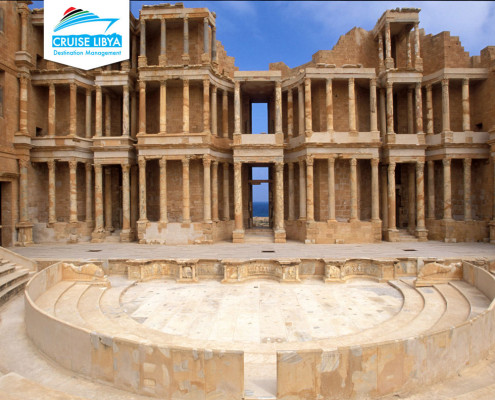 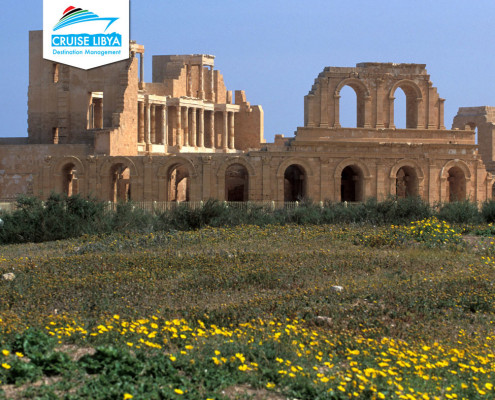 Sabratha settled in the late 5th/early 6th century BC by the Phoenicians. Its development as a Roman city began in the latter half of the 1st century AD. It reached its zenith in the 1st and 2nd centuries AD, particularly during the reign of Septimus Severus who was born in nearby Leptis Magna. Much of the city was destroyed by earthquakes during the 4th century particularly that which took place in 365 AD. A rebuilding program followed but the city was now to occupy a much smaller area. The Vandals ruled in the 5th century but they were expelled under the Emperor Justinian and further building projects took place in the Byzantine era. Sabratha was to survive for a hundred years following the Arab invasion of the mid 7th century AD.

The most spectacular site in Sabratha is the theatre probably built during the reign of the Emperor Commodus (161-192 AD). The theatre holds three-storey backdrop of columns. The façade behind the stage is one of the most exceptional in the Roman world. The three tiers consist of alcoves and 108 fluted Corinthian columns that rise over 20mters above the stage. The stage is 43 meter long and nearly 9 meters wide. The seats climb sharply for 5000 people even today it can seat 1500 people. Other monuments and areas of interest include the Temple of Liber Pater, the Basilica of Justinian, the Mosaics of the House of Jason Magnus, the Capitolium, the Temple of Serapis, the Temple of Hercules and the Temple of Isis.