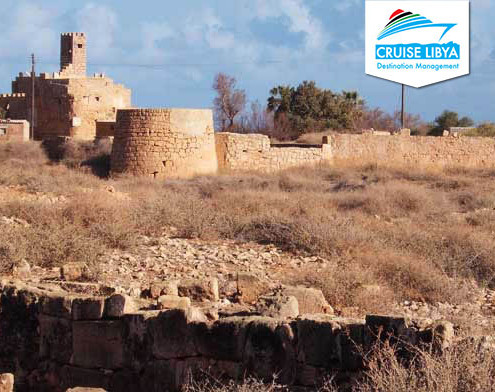 Tokra is a small village in Eastern Libya, located about 70 kilometres east of Benghazi city. Tokra was one of the five cities of the Greek Pentapolis. It was one of the first ports settled from Cyrene. Tocra was built using soft sandstone, and is suitably located between the mountains and the sea. It is a wonderful Libyan village providing breathtaking scenery and landscape. According to archaeologists the village is a good example of how a modest Libyan (Berber) settlement would have looked like and how the majority of ancient locals would have lived. Tokra was an important export port during the Greek period which became a busy commercial centre after falling under Roman influence during the first century BC.